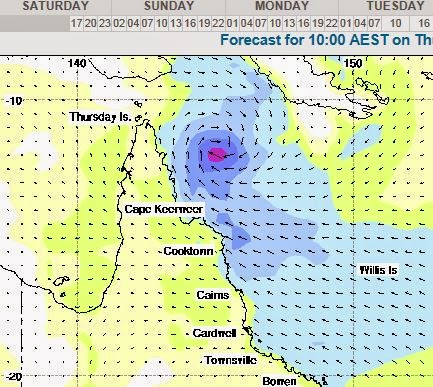 'The monsoon trough has surged and the United States Military Joint Typhoon Warning Center has declared a tropical cyclone 23P on the monsoon trough. The cyclone is 687 nautical miles east-northeast of Cairns. It will be called
'Ita' by the Australian BOM and the system is now moving west-southwestward at four knots towards the Queensland coast. It is expected to cross the coast, over the top of Cape York, late next week as a cat 1 or 2 cyclone.
This system is producing a lot of rain and combined with a large high in the Bight we can expect to see a very active convergence zone around the Cairns area. Flood rains should be expected all along the Wet Tropical Coast next week. 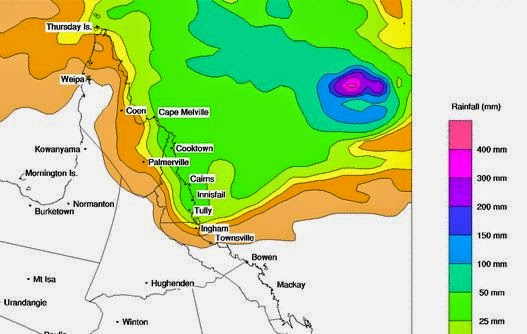 This is the same system that has caused devastating floods in the Solomon Islands. At least 7 people are dead, 30 missing and 10,000 are homeless, just in the capital Honiara alone, from torrential rain and huge waves which battered the Islands.

The Mataniko River in Honiara broke its banks and swept away houses that were built on the high banks of the River. The riparian vegetation was long ago removed and the natural systems so altered with no environmental oversight, 'green tape', to control the population surge into Honiara from the outer Islands. 70,000 people now live on an 8sq mile Island: they now need our help. 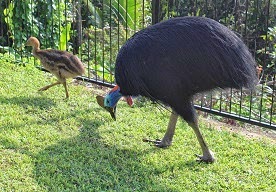 Very good news from Taggs at Coquette Point this week, Cassowary 'Hagar', previously known as 'Little Dad' has turned up with a chick. Taggs first saw them last week when we had the 180 degree rainbow over the Johnstone River, so he has called the new chick 'Rainbow'. Rainbow is about two months younger than Snout's chick Ky. 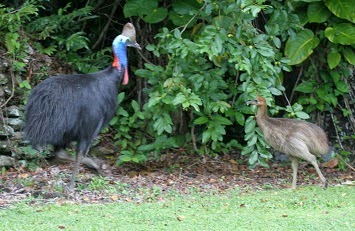 Ky is growing fast and this week is  feeding on guavas, Leichardt tree fruit and a blue fruit I have not been able to identify. 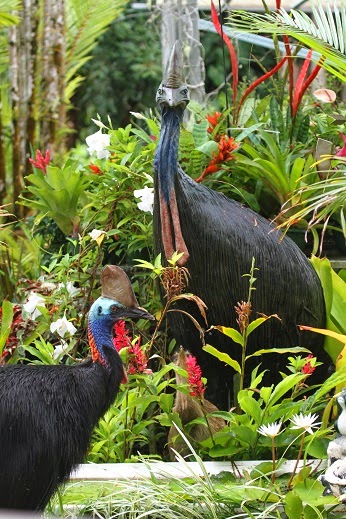 It has been very hot and humid and Snout and Ky have been coming into the nursery to drink from the waterlily bath. Neither Snout nor Ky any longer take notice of Plastic Cas, they have worked out she is not a threat. 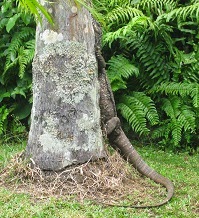 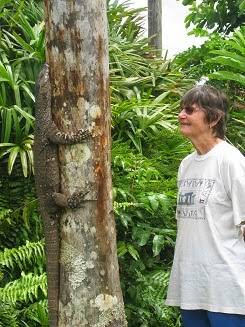 Lace Monitors are very active at the moment shedding old skin and hunting for insects, frogs and eggs.  Diana O'Brien found this one in her back garden at Coquette point. The goanna didn't seem to mind Diana when she went in close to say hello. Thanks for the photos Diana.

Lace Monitors are the second-largest monitor in Australia and can grow to 2.1m in length. 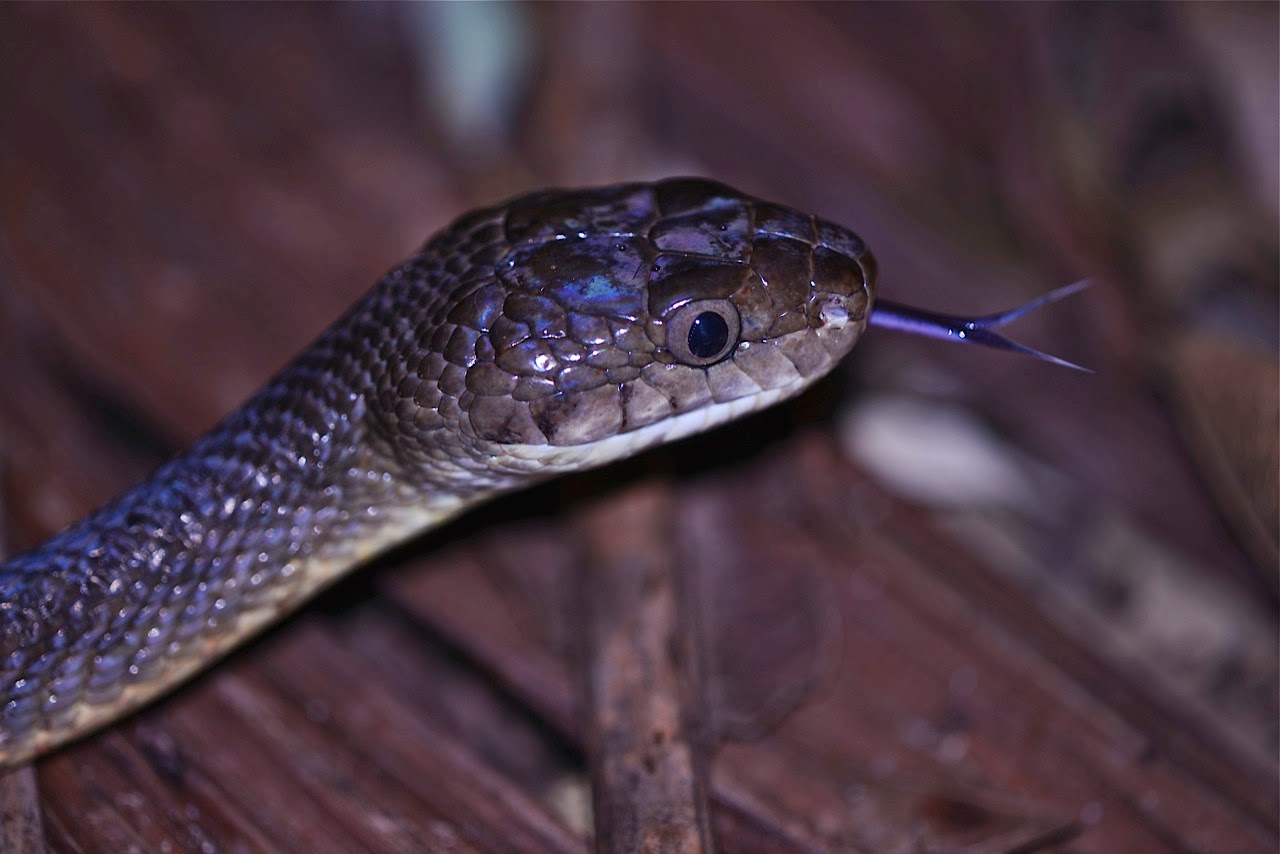 Other reptiles are also active at the moment and Ian Laidlaw at Tupeki on the Palmerston sent me this photo. Ian is a keen photographer and as he said "You've got to be slick to catch the lick." Great shot Ian.
"Lots of frogs about from the constant wet weather over the last month and the snakes are in a frog feeding frenzy, with the nights becoming a little chilly already on the Palmerston."

Thanks for the photos Ian. 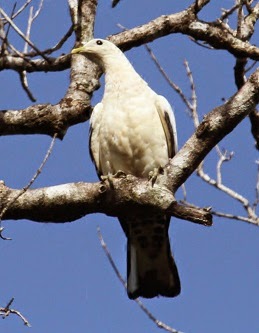 Most of he Pied Imperial Pigeons appear to have left for their 2014 migration as I have only seen one bird this week and Ruth Lipscomb, from the top of the Moresby Range, reports sighting only three birds and they were heading south on a feeding trip, in the early morning.

I have watched the one bird which remains here flying and eating with the Metallic Starlings.

Large flocks of Metallic Starlings can be seen feeding on rainforest fruits all day long. No doubt most will also soon leave for their migration journey to Papua and Indonesia. 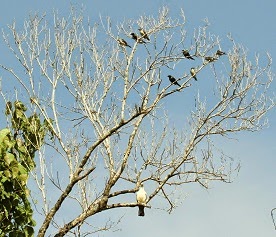 The Feast of the Senses Market Day Extravaganza will be held in the Innisfail CDB tomorrow from 9am to 3pm. Over 100 stalls exclusively with local produce, cooking demos and entertainment: a great day out for the whole family.