Hello from the cyclone coast,

I am alarmed at the amount of complacency concerning the possible impact of cyclone Ita on the greater FNQ coast. 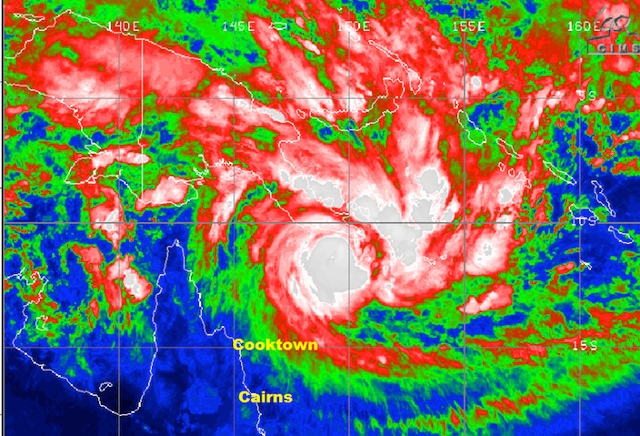 TC Ita's destructive wind radius is greater than TC Yasi. The maximum winds are greater on the southern quadrant.  While BOM is sticking determinedly with a track that differs considerably from the Joint Typhoon Warning Centre at Pearl Harbor when JTWC clearly state 'The bulk of the available dynamic model guidance is in fair agreement, therefore, the forecast is positioned close to the multi-model consensus. The only exceptions are ECMWF AND JGSM solutions, which indicate an UNLIKELY west-southwestward to southwestward track over the Cape York Peninsula'.
The JTWC track map for Ita, below, shows the cyclone curving south and running parallel with the coast from Cooktown to Innisfail as a severe system with destructive winds impacting Cooktown, Port Douglas, Cairns and Innisfail.

The BOM site now includes Innisfail in the grey zone indicating the range of likely tracks of the cyclone centre. BOM does state that due to the uncertainty in the future movement, the indicated winds will almost certainly extend to regions outside the rings on this map. 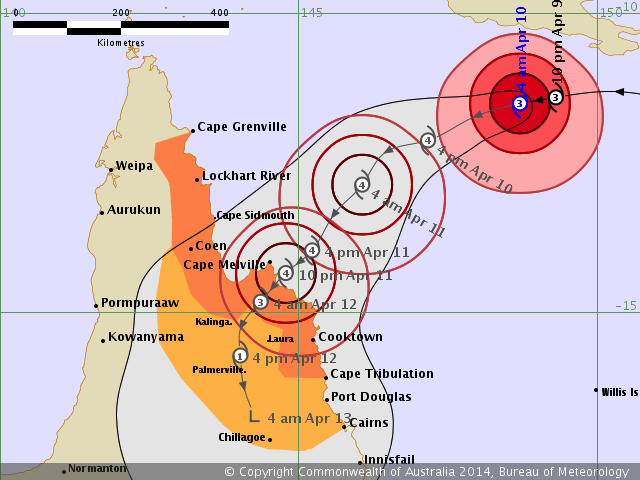 As I said before TC Ita is a very large system and has a lot of rain associated with it. When the winds move on we can expect flooding, whichever path this cyclone takes. 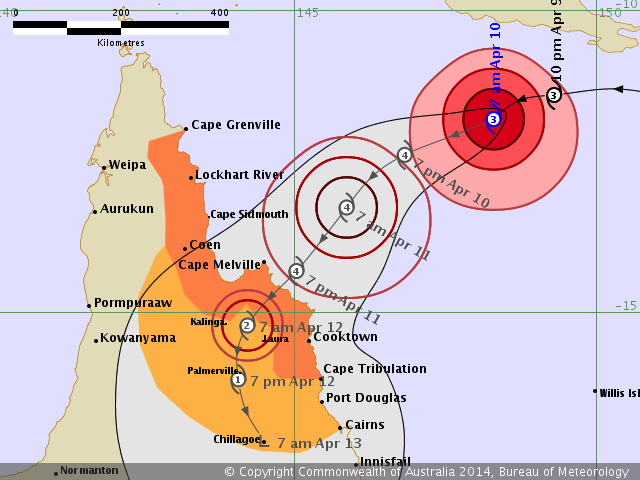 BOM's 5am track-map for TC Ita.


The latest 8 am BOM track-map draws the track crossing closer to Cooktown. 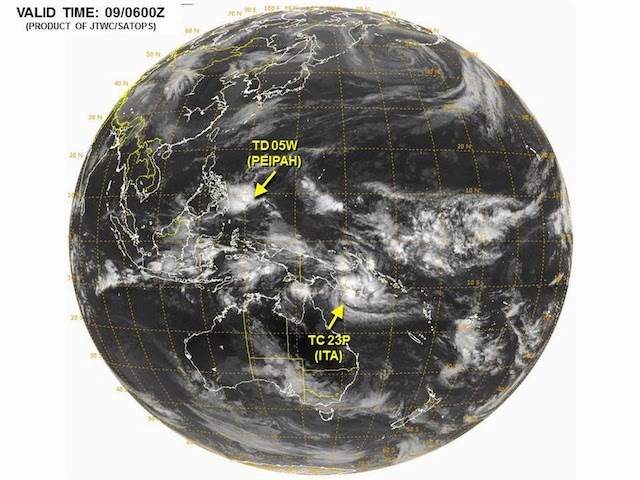 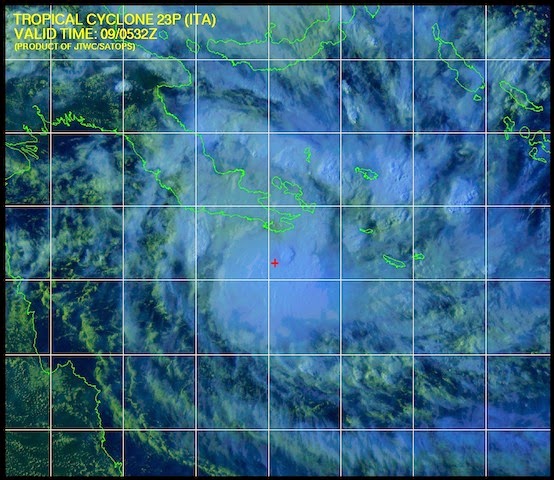 I spoke to Pat Shears this morning and he said the Cassowaries all disappeared yesterday and the flying foxes did not come back to their roost this morning. He noticed crabs were crawling up the trees. Pat was packing to leave for his house in Herberton.

The Daintree rainforest has not been impacted by a cyclone since TC Rona 10 February1989. 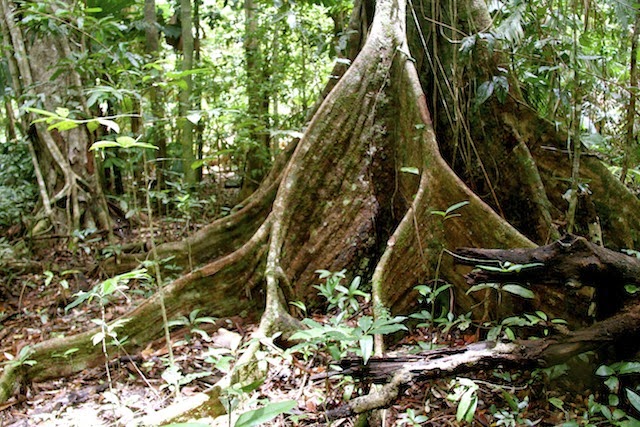 I am busy making preparations here which includes, sharpening chainsaws, checking generator, topping up the water tank, cyclone bolts on windows, removing shade mesh from the nursery, clearing all loose items from outside, filling cars and tractor with fuel and buying extra fuel and food supplies including solar lights.