The monsoon is making one last attempt to deliver good rain to north Queensland. At the moment  it is sitting across the top of Cape York and is expected to drop further down over the Cape next week. Yesterday and today we have experience heavy rain and thunderstorms, 125mm of rain fell last night and today strong winds are bringing rain squalls onto the coast.

Meanwhile, something has triggered cassowary 'Snout's' hormones and much to 'Jessie's' annoyance he has started to stalk her. He follows her, 10 steps behind, until his behaviour annoys her and she turns and gives him the 'evil eye'. 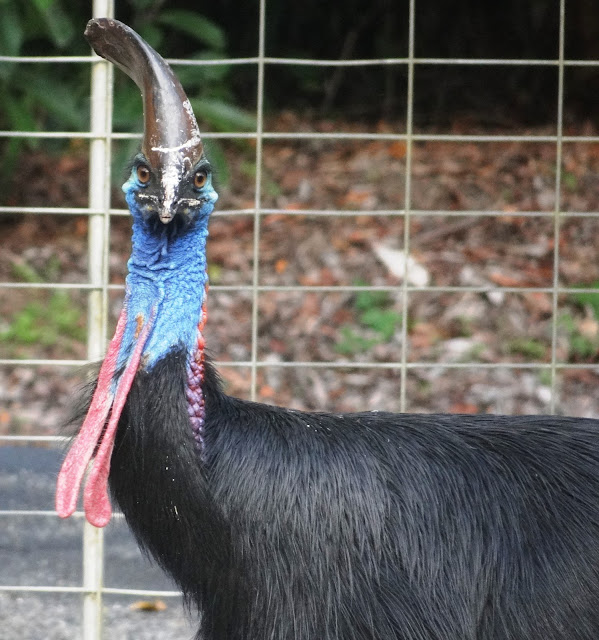 Most times one look from Jessie will send Snout running. Other times she allows him to approach, then with deep rumbling from her chest Jessie turns and moves threateningly towards him. This is all too much for Snout and he throws himself into the air and makes a desperate retreat. Jessie then searches for him with much rumbling and head movements, manipulating her neck and head in bizarre twists and turns. The courtship of these anciant birds is complex and mysterious. 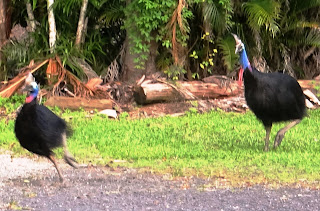 Peek-a-boo I'am looking for you. 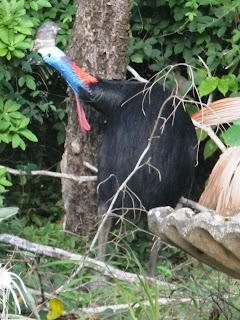 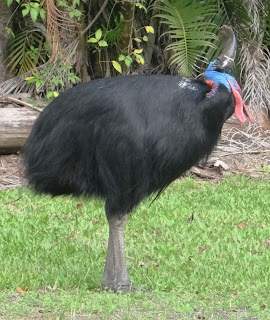 stalking her again.
Sometimes we do not see what is in front of our eyes, animal habitats are everywhere.
I was surprised to find five creatures on an old Coquette Point wharf pylon. On the left hand side at the base of the pylon a white-lipped tree frog sat surrounded by water. as the tide came in and splached onto him he moved higher up the rock. 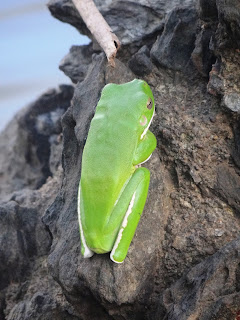 A few feet away from the frog were two mud skippers. 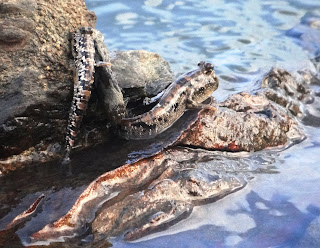 In between the rocks mangrove crabs chased each other. 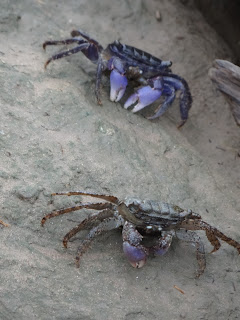 While on the rocks snails slid slowly along feeding and defecating. 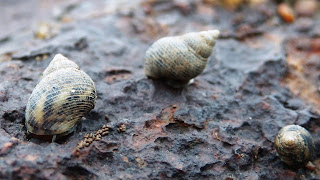 This little habitat of no more than one square metre was supporting four species that I could see. No wonder the area is a favourite fishing spot for shorebirds.
Grey Heron was extra hungry last week and he was not having much luck finding a meal on an outgoing tide. 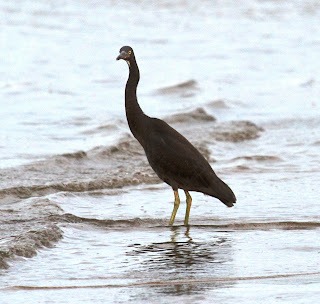 He stretched his neck as high as he could looking for fish. He then danced along the beach-line with outstretched wings trying to flush a feed out from the shallows. 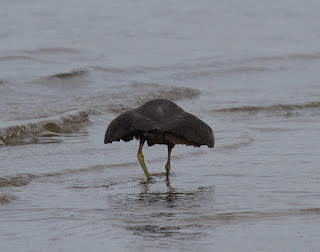 Without success he took to the air flying sorties up and down the beach. 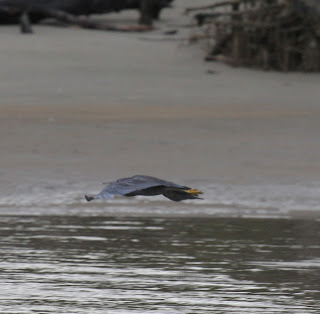 Still no success he decided to stand by the water's edge and wait until the tide came in. 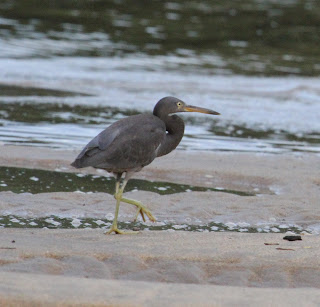 Life is not easy for fisher-folk!
We were delighted with new visitor this week. Three juvenile dollar birds arrived on Sunday and have been nosily hunting for grasshoppers and insects ever since. These are birds of the open woodland and are not often seen in rainforest areas. 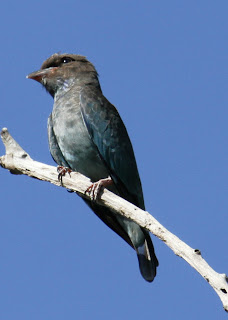 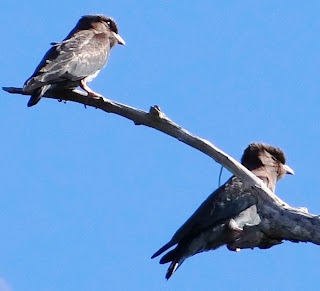 Adult birds have a strong red beak and red legs 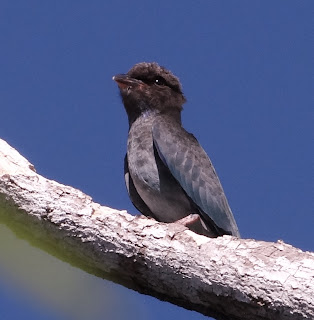 whereas, the colour of juvenile bird's beaks and legs is brown. These birds are so cute and they sit for hours on crested hawks lookout-tree searching the sky for food, as their favourite food is grasshoppers they are good to have around at this time of the year when the vegetable garden is underway.
Diana O had a family of brown honey-eaters at her home on the range and sent me the photo below. 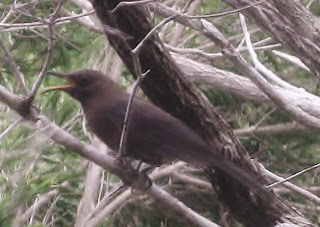 The brown honey eater sings a delightful song and its favourite habitat is mangrove and melaleuca swamps.Thank you Diana for sharing this photo.
Local teams from the Coconut Outrigger Club 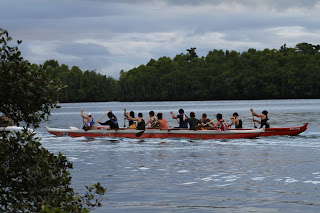 practise every afternoon on the Johnstone River. On Saturday 20 April local teams will be competing  as part of an event for the Feast of the Sense's week long celebrations.
This year the market day will be on 21 April in  Edith and Rankin Streets Innisfail. The Bush Poet's Breakfast will be held at Spurwood Springs, 9am Sunday 7 April and the Gala dinner, 19 April at the Shire Hall. Lots of other events see the web site. www.feastofthesenses.com.au
cheers for now,
Yvonne