Hello from the bird rookery at Coquette Point,

This afternoon I took some time out to sit and watch the sun setting behind the Coquette Point rookery. The rookery at the mouth of the Johnstone River is in the shadow of the highest mountain in Queensland Mt Bartle Frere. The summit is often shrouded in cloud but on a clear day it is starkly etched against a blue sky. 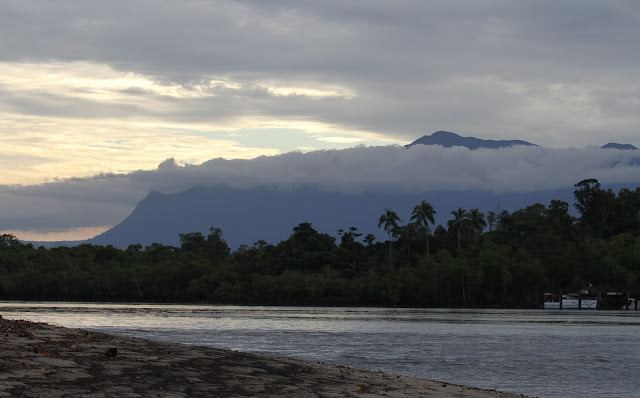 As I sat watching the tide racing in the shorebirds flew into the rookery. 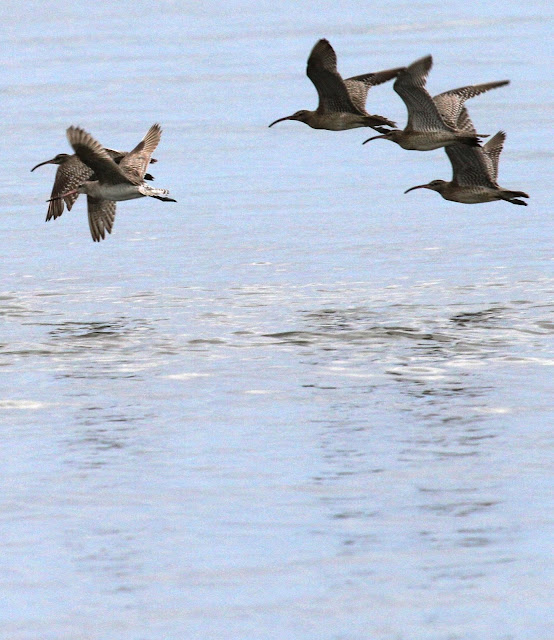 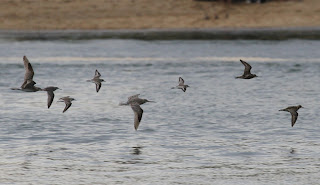 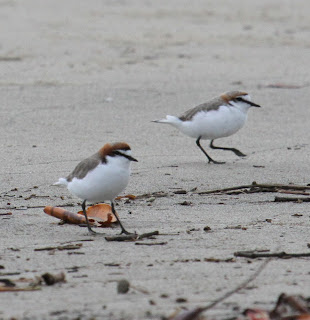 I watched them as they walked in pairs up onto the highest part of the dune.

At this time of the year the rookery has few residents however, there are always some birds resting if not nesting in the shelter of the dune debris. 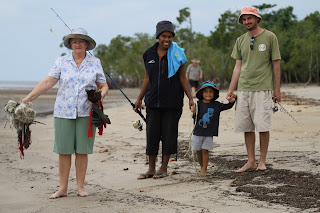 A little earlier the Patterson family of Flying Fish Point had walked past me returning from a day on the beach at Coquette Point. Mary made me feel quite embarrassed as she and her grandson were carrying rubbish they had found on the beach.  Old fishing lines,  nets and bits of plastic, rubber and rope. 'Yucky stuff", said young Pat with a broken rope in hand. A big clean up is needed on the beach before the migratory waders arrive in Spring to nest. Thank you Mary and family for helping to clean up the Coquette Point beach today. 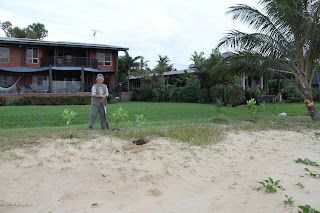 Talking about visiting other beaches in the Cassowary Coast, I went down to Mission Beach very early Thursday morning and Liz G. and I revegetated the sand dunes in front of Mayor Shannon's house. Earlier this week the Innisfail Advocate ran a front page story on how all the trees had died in front of the Mayors house. So Liz and I decided to do a bit of 'Guerrilla Gardening' and we planted ten trees on the dunes in front of the house. When the Mayor returns from holidays the trees should be well established. 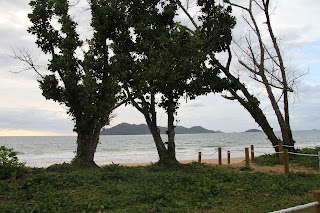 If you happen to be walking along south Mission Beach please take a bottle of water and give the trees a drink.Erosion is a real problem on this beach and since cyclone Larry the vegetation along the foreshore has been removed. Many residents quite blatantly admit they want a view and don't want the trees. Surely the view is enhanced when seen through the trees.
Without the protection of the foreshore dune vegetation the next storm will greatly increase the erosion along the beach and the ratepayers would then be asked to erect a stone barrier. How good would that look? Some people live with their head in the sand! 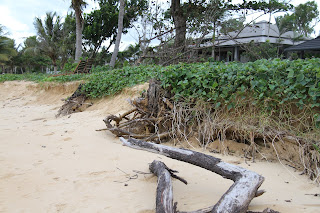 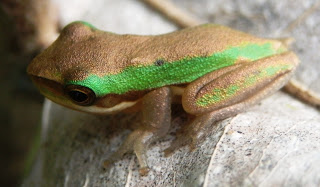 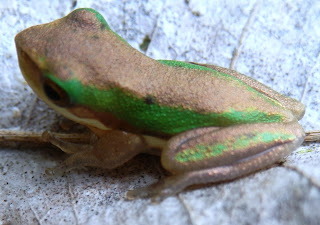 This week there was much discussion on how to identify this little beauty. Litoria bicolor has a number of colour forms and this little fella with its bronze stripe running the full length of its body and its legs dotted with gold got me really confused. I wasn't the only one, however the Queensland Museum put us on the right track and confirmed it is L bicolor the dwarf northern tree frog.. 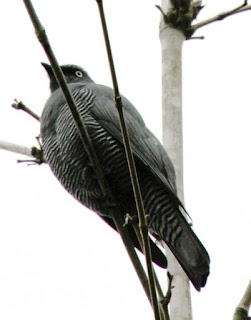 Three Barred cuckoo-shrikes arrived today and although  these birds are known to be sedentary in some parts, however, the population here is nomadic. It was very late in the afternoon when I saw them so didn't get a good photograph. 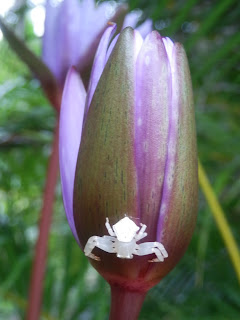 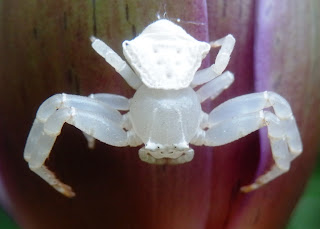 White flower spiders are very active at the moment and I found this extremely large specimen on a waterlily flower. One can but be astonished at the diversity of nature.

There is still no sign of the matriarch cassowary Jessie since she went off with Snout at the end of their courtship. The countdown is on for him to reappear with chicks. The young cassowaries Don and Q regularly walk through the property but keep well clear of each other and they are very wary. 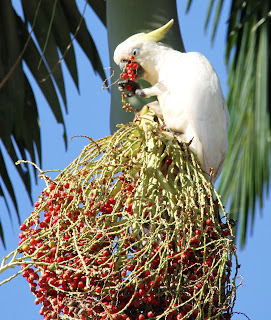 The Sulphur-crested cockatoos are back eating the new crop of Alexander palm seeds and still leaving the mandarins alone. It is obvious if their natural food is available they will eat it by choice.

I am off to Townsville tomorrow so the post is early. Enjoy your weekend.