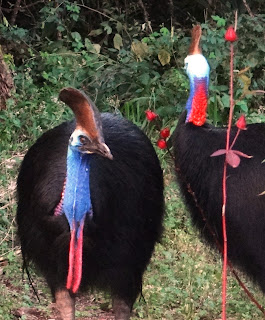 Jessie and Snout are courting again. This is their second courtship this year. Snout disappeared mid May after walking out with Jessie for over a month we presumed he was sitting on eggs.   He reappeared two weeks ago rather agitated and without chicks. So it is a great joy to see them again walking out together. Hopefully, this courtship will result in chicks.

With plenty of food falling from the onionwood and quandong trees the cassowaries are looking in very good condition. 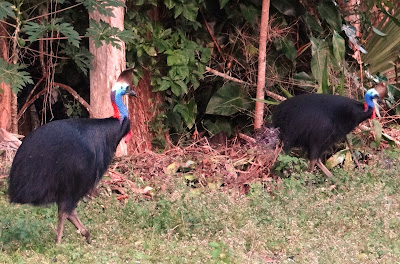 What a privilege to watch these normally solitary birds come together with such tenderness and awareness of each other. 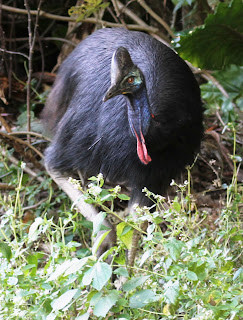 To my knowledge Snout has only successfully raised one chick to maturity and that chick is Rosie also called Stumpy and she was born late 2010.
There are many challenges for cassowary parents not least of all cyclones. Carpet snakes and goannas are their natural enemies. However, more recently pigs, people with pig dogs, wild dogs and cats also threaten the success of the clutch.

Breeding ages are around four years and at that age the young adult has lost all the brown feathers of the subadult stage.
It was thrilling to see young Don again this week. He is around three years old now and has only a few brown feather left on his rump. Since last seeing him in early June he has received some damage to his left wattle however, his casque has no distinguishing features-as yet.

Don and Q are the chicks of Little Dad and I first saw them a few days after cyclone Yasi.  Cyclone Yasi, a category 5 system struck the Cassowary Coastline on the 3 February 2011. It destroyed the rainforest canopy and subsequently the cassowary's main food source. Queensland National Parks and Wildlife Service implemented a supplementary feeding programme for Cassowaries and other animals like the mahogany gliders. Cassowary Don is only alive today due to the tireless work of the many volunteers and the devoted National Park Rangers.

Above, Little Dad with chicks Don and Q just after cyclone 'Yasi'. 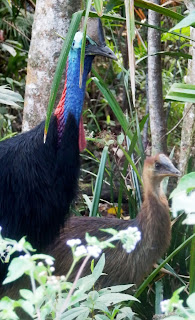 To cap the week off I saw Brown Cone and his chick on Thursday. They had just crossed the road on the straight before Ninds Creek Bridge. They walked into the pandanus swamp and hung around for a few moments enabling me to get a photo. Brown Cone is so named after the brown patch on the left hand side of his casque. Unfortunately, he would not turn his head for the camera but I was easily able to identify him from the crimp in the top of his casque and his wattles. I managed to get some good photos of the chicks wattles so will be able to identify him when he eventually gains independence. 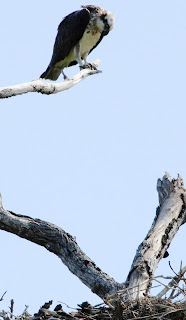 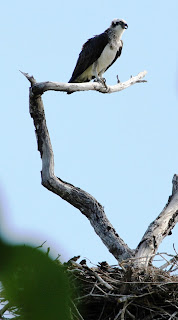 No luck with photos of the osprey's chicks. As soon as I approached she left the nest and loudly called alarm signals looking down into the nest and then glared fiercely at me. I left her to care for her chicks and will try for a photo  another day. 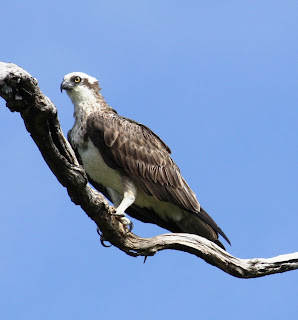 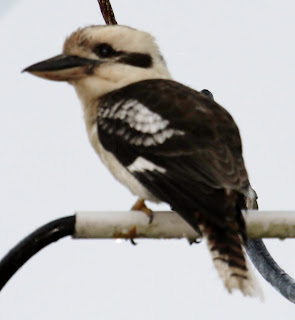 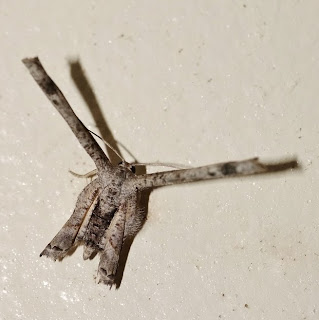 I found these two similar moths sheltering under a leaf in very strong wind.

With the unusually warm winter weather many insects have remained active. Bill Farmsworth
sent me this photo of a moth he found one night. There are truly wonderful and weird creatures in our rainforest. 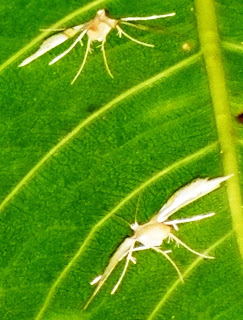 Blue-winged kookaburra has a mate and this beautiful girl turned up this week so they may decide to stay and breed here. Breeding with these birds normally occurs in spring so we will wait and see. I have not been able to get a photo of the two of them together as yet.                      Meanwhile the laughing kookaburra's are living up to their name and noisily announce their presence at every opportunity. 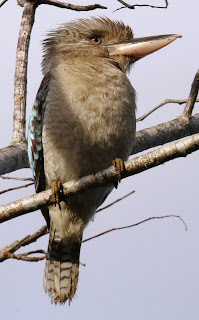 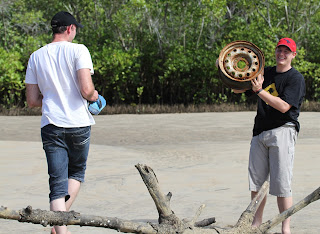 Nicolas Chaumont and Quentin Andres volunteered to help the Cassowary Coast Alliance Guerrilla Gardeners again and this week they decided to clean up the Coquette Point beach. Nicolas and Quentin collected over 12 bags of tins and plastic as well as a number of unusual items. They were all deposited in the Council's rubbish bin. One wonders at people who come to walk on such a beautiful beach and then leave it strewn with rubbish. A big thank you to Nicolas and Quentin from Strasbourg. 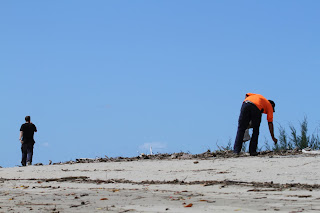 Quentin found a lot of rubbish around the rookery. The Little Terns and the other migratory shore birds arrive in early summer and hopefully we will be able to keep the rookery area clean of rubbish for the birds. 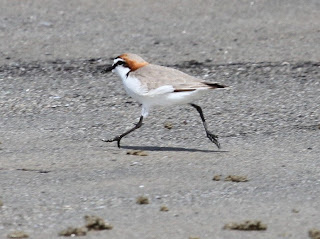 Red capped plovers and white face heron kept an eye on us as we collected the rubbish. 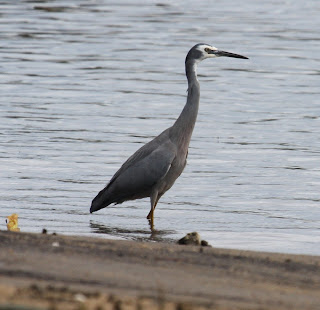 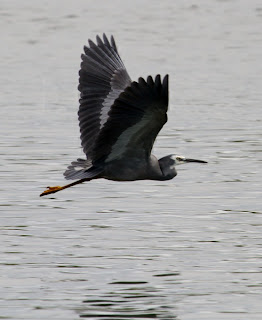 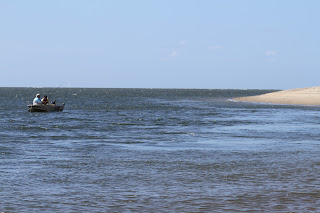 The strong winds of the last few months dropped yesterday to 10 knots and even less today. With the mackerel on the run lots of small boats went out to the reef, while those with smaller boats tried their luck in the river estuary. 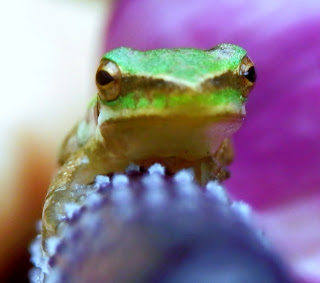 Drizzly rain again this morning started the frogs calling and Litoria fallax and Litoria bicolor today seemed to be competing for the euro song festival.

It is most unusual to hear their 'wreeek' calls at this time of the year. It's supposed to be the winter dry season and the frogs are confused and I rather think they are not alone. 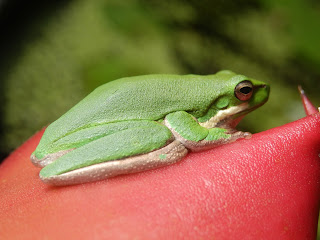