At long last we have photos of Coquette Point's new baby cassowaries, the first born since cyclone 'Yasi'. Diana O took the photos when 'Little Dad' arrived with his chicks to feed on Quadong fruit from a tree at the bottom of her garden. As far as I know 'Little Dad' has not crossed the road with the chicks and remains on the eastern or ocean side of the road. Diana said 'Little Dad' was very protective of his chicks and raised his feathers in warning as ,she took the photos. 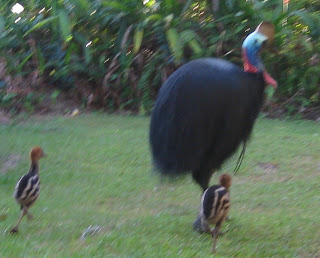 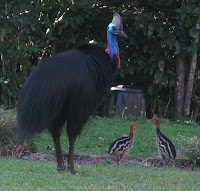 ﻿﻿﻿
Life around the pond is very busy with Buff-banded rails scratching around in the damp soil at the pond's edge. Three Ibis arrived this week and in turn they systematically sweep the pond's mud for tasty fish. 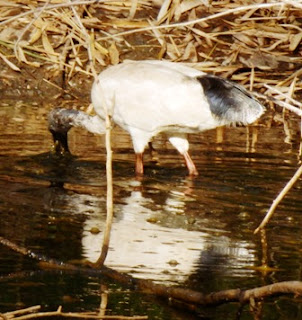 The Johnstone River has been sparkling all week and fish-boils erupt continuously. Every morning you can find Osprey siting high in a coconut tree and a the first sign of movement in the river he quickly swoops down to capture breakfast. 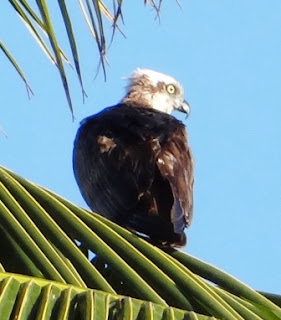 White-faced heron and greater egret have no problem in finding a feed in the glass-clear water on the banks of the Johnstone River.. 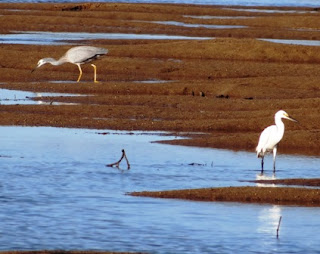 Russel and Bill came over this week and cleaned up the rubbish on the beach. I had not done a clean-up for two weeks and it is disappointing to realise how careless some fisherman are with their property. The sad fact is that many sea-birds, turtles, crabs and dugong lose their lives to this carelessness. 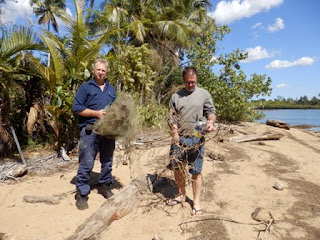 Russell was interested in seeing what the cassowaries were eating and made a list of a dozen or so fruits in the scats this week, including pandanus, quadong, fig and palm fruits. 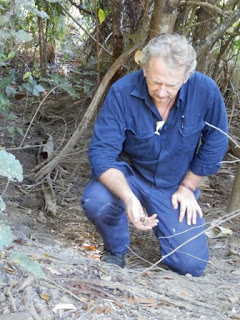 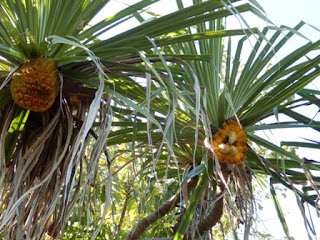 Shining, golden yellow, the large clusters of flowers of the Golden Bouquet Tree, Deplanchea tetraphylla are opening in the rain forest and spilling their black, molasses nectar. Tiny native bees swarm around the flowers to feast. 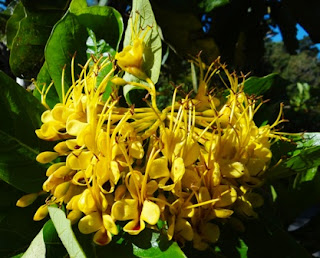 Sulphur-crested cockatoos have enjoyed a feast of fruit of late and their gleaming feathers shine in the setting sun as they nosily fly from the Moresby Range National Park across the river to Mt Annie National Park every afternoon. 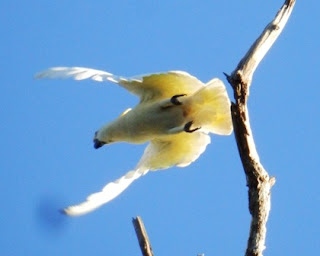 Sunbirds are busy building new nests and renovating old ones. I counted four new nests around the nursery. 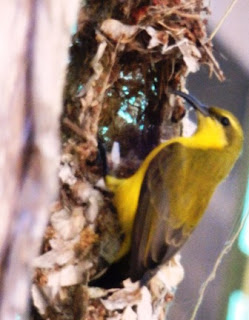 Residents of Coquette Point are convening a meeting next week to discuss the RV Park for Coquette Point.  If you are concerned about the impact the increased traffic will have on the wildlife at Coquette Point, especially the Cassowaries, then please write a letter to the Innisfail Advocate expressing your concerns. Meanwhile we await the decision of  EPBC Referrals and hope that they will decide that this development needs closer scrutiny.
cheers for now,
Yvonne Cunningham