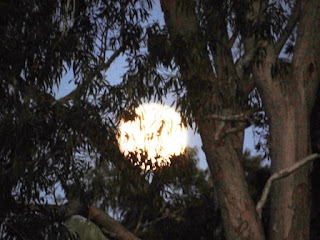 Overcast weather has cooled our first spring day but thankfully, last night the sky was cloudless for excellent viewing of the 'blue moon'.

Over the last seventy years Coquette Point has seen many changes. Road access to Coquette Point was built in 1954. Electricity came through soon after and the telephone in 1969. Around that time a strip subdivision for house blocks was approved on either side of the road. Since then, on average, one new home per year has been built at Coquette Point.

In 1974 Lautoka Properties Pty Ltd applied and was granted approval for a residential development across the eastern front face of the Moresby Range, on what I understand is still their blocks 28V and 30V. As Lautoka did not proceed at that time the approvals lapsed. However, in March 1993 Lautoka sent Dean Brothers Earthmovers to clear a track along, the surveyed but not built, Baldy Knob Road, through the middle of the proposed subdivision and down to Sandy Beach at Coquette Point.  The clearing was never completed. At the time I questioned the bulldozer driver and he had no knowledge of where the Wet Tropics Boundary was and when he told me of his proposed route I advised him that he would be entering the World Heritage Area.  Following intervention by Andrew McKenzie of the Wet Tropics Management Authority, Dean Brothers pulled out and never came back, the clearing never proceeded. 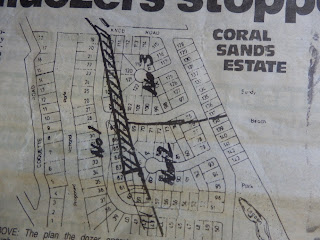 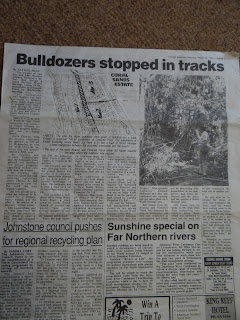 In November 1987 Town Planner, Con Lucas and Associates, on behalf of Megan Wright and Peter Heywood applied to the Johnstone Shire Council for approval of a Marina resort-caravan park-camper facility. This application was rejected by Council. 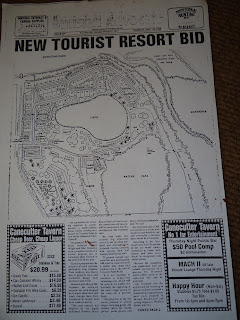 Almost one year later on 19 July 1988 the development was reborn as a multi-million dollar tourist development.
Now in 2012 we have another development proposal. 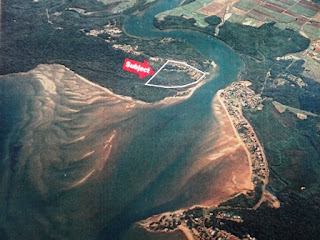 We have had a number of visitors this week and barred cuckoo-shrike arrived for the first time since cyclone 'Yasi'. Their favourite food is fig fruit and what a feast they have been having all week on the strangler fig tree. A number of juveniles are in the flock and it is remarkable to watch how playful they are. One young bird was fascinated by the red damson plum leaves and picked at them until they fell off the tree. 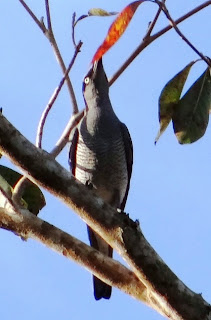 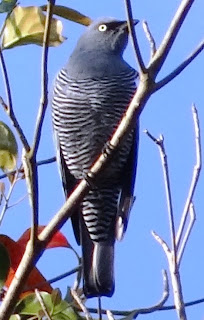 Barred cuckoo-shrike
Nutmeg pigeons have arrived in great numbers this week and as I watched them I saw that the males were busy chatting up the female birds. 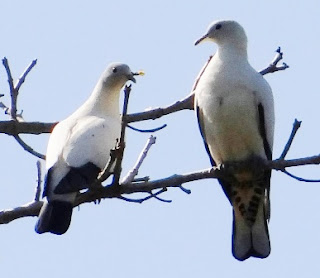 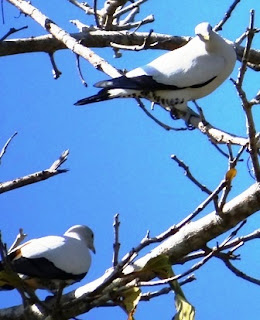 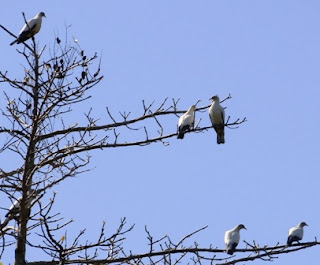 Flocks of metallic starlings have also arrived this week and they also are feasting on the ripe fruits of the strangler fig. They fly with such speed and energy and with no apparent need to recover from their long journey. The fig tree offers a welcome feast to all the birds. 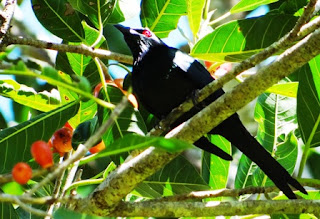 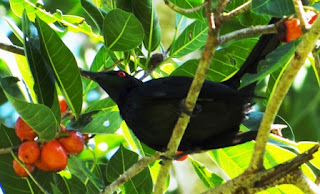 Tom Crumpton, coordinator of Cairns branch of Green Gym Conservation Volunteers of Australia visited me this week and offered to help with any tree planting we may be doing. I was happy to show him our completed tree planting from last week and then took him on a walk around to the Little Tern Rookery. 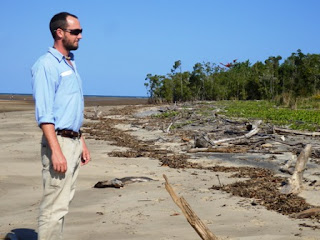 Tom was delighted to watch Darter, the snake bird, emerge and disappear beneath the water as he fished in the warm sunlight. We watched Mangrove Heron carefully stalk fish caught in shallow pools left behind when the tide went out. 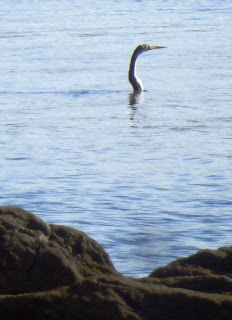 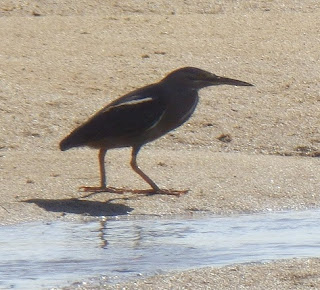 Tom examined cassowary footprints in the sand and I told him how important the mangroves were to cassowaries. 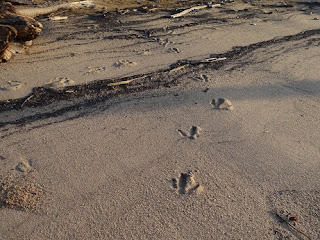 We also discussed the danger of vehicles to cassowaries.  The Coquette Point Road is narrow and in parts deep drains run alongside the road. Many of the hills are very steep up to 40%grade. 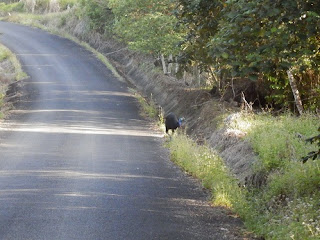 At long last I have seen the new cassowary chicks. 'Little Dad' brought the chicks to feast on the fallen fig fruit and I was fascinated to see the different personalities between the chicks.  The larger of the two chicks is very curious and will wander off by itself. The smaller chick kept its head down and stayed close to Dad. 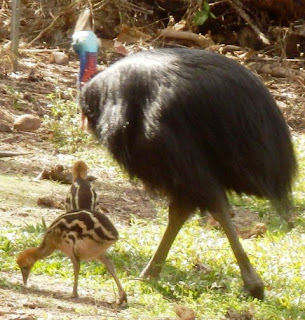 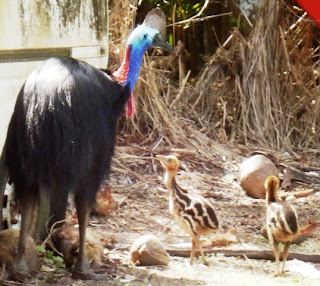 A friend at Coquette Point kindly let me take a photo of a photo she had of cassowary matriarch 'Jessie' and 'Snout' and two fully grown chicks. The photo was taken in 1991 and showed a six year old 'Jessie'.  'Jessie' was born in November 1985 and was orphaned following cyclone 'Winifred" when the cyclone crossed the coast on the 1st February 1986. In 1991, and fro the two years before, 'Jessie stayed with her chosen mate until the chicks fledged. They were 'Jessie's' first years of motherhood. Note the damage to 'Snout's beak had not been done at that time. I do not know what happened to the two chicks.
Enjoy the spring weather,
Yvonne C.