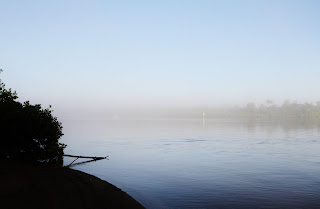 We woke this morning to fine weather and a peasouper of a fog. By 7.30 it had all lifted and we had the first fine day in three weeks. 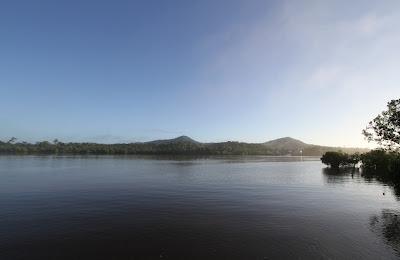 As the light rushed in the fog appeared to be sucked up into the sun and suddenly the blue sky was exposed. A magic morning on the Johnstone River. 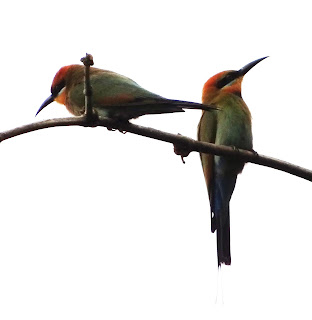 The rainbow bee-eaters are doing their best to eat the plagues of mosquitoes and they are ever vigilant diving at the first shadow of a fluttering insect.

Their aerial agility is awesome as they wheel and swoop to capture their winged meal. I can watch them for hours. 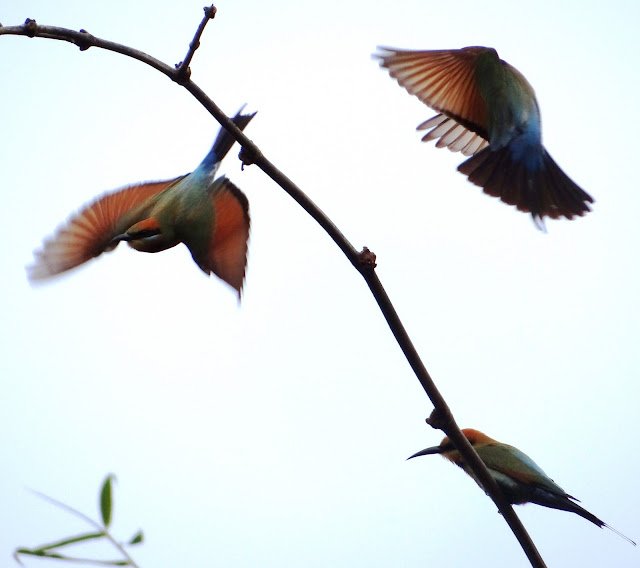 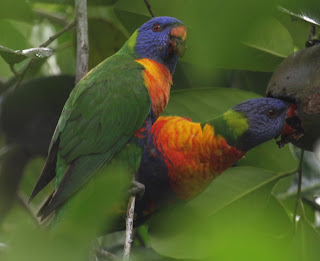 Another rainbow coloured bird the same lorikeet has been indulging on the ripe fruits of my black sapote tree. I was busy picking some fruit when I looked up and was greeted by a rainbow lorikeet with a beak full of black fruit.

I spoke crossly to him and told him firmly they're my fruit. With absolute arrogance the bird looked at me and I am sure I heard him say there was plenty of fruit for both of us. The birds made no attempt to leave but took great interest in me as they continued to eat.
Perhaps they were so stuffed with googy black pulp they could not fly. 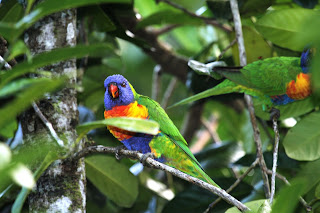 One bird was particularly interested in what I had to say. Below are a number of photos I took of him as we had a conversation about the ownership rights of fruit trees. 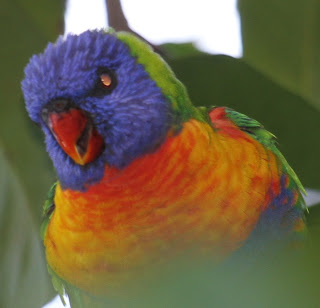 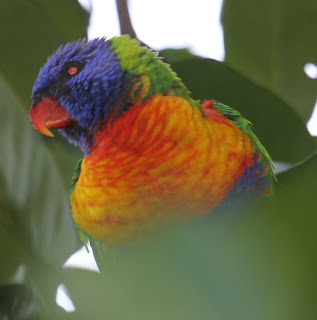 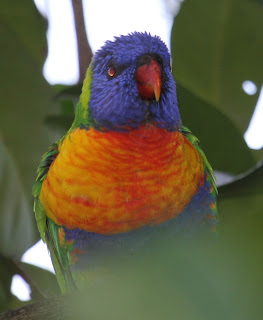 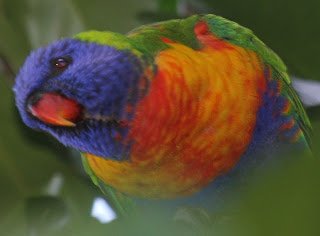 'What are you doing pinching my fruit?' 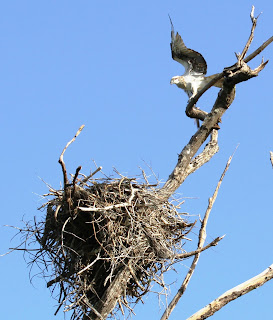 Osprey is still sitting on eggs and the pair share nest-sitting duties showing their complete devotion to the soon to hatch eggs. I concealed myself behind a tree close to the nest to take the following photos of the female osprey as she arrived to take her shift. 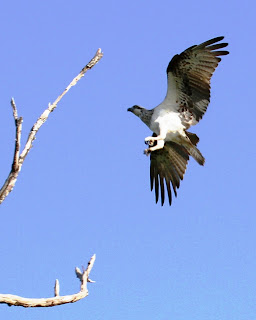 The necklace of brown feathers from the lower throat to the upper chest marks the female of the pair.

When Osprey became aware of my presence she left the nest and looking at me very seriously started stamping her feet. Fearing an attack I retreated and she quickly returned to the nest. 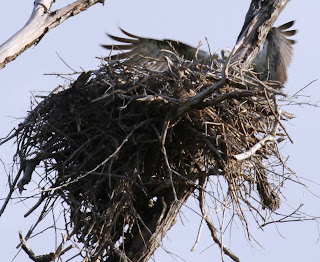 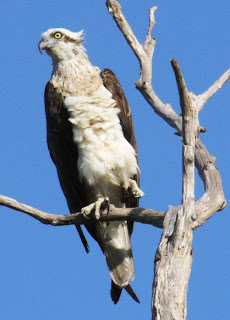 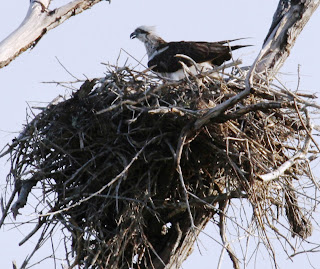 As she settled down on the eggs she sounded a shrill alarm  and quickly left the nest. She either saw or felt my presence. 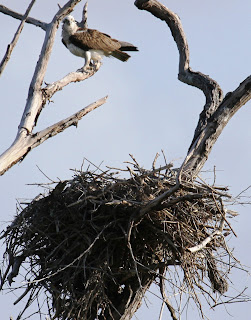 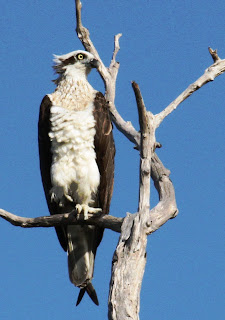 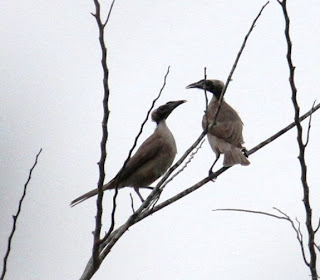 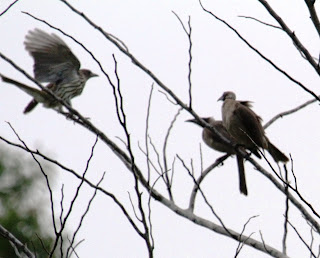 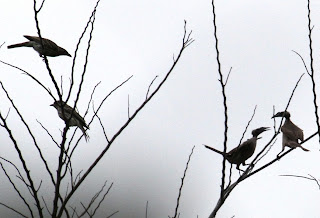 Leatherheads are constantly active and playful but whatever the problem this week for some reason an argument broke out between two birds and it continued until it was broken up by the interference of another leatherhead and a scolding from a couple of female figbirds.

I hope the sun is shining at your place.

cheers for this week, 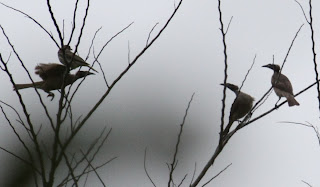 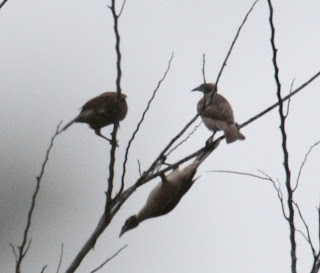