We have only received half of the average rainfall this wet season but that is quickly changing, the weather is now trying its best to make up for lost time, a foot and a half of rain fell this week and it is still drizzling. 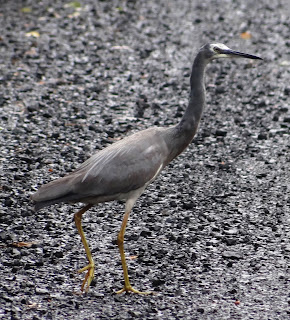 The Johnstone River, although not in flood, has been running a banker and it is covering the waders normal fishing ground. When I opened the nursery gate this morning I was astonished to see white faced heron striding up the road from the river. She headed for the deepest part of the roadside drain and spent the morning eating mangrove-crabs out of the drain. 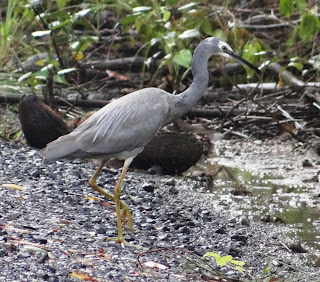 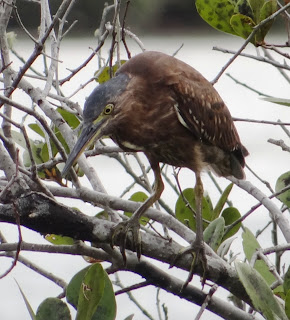 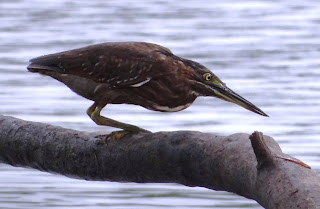 Mangrove Bittern has also had to find alternate fishing spots. I saw one bittern concealed in the leafy branches of a mangrove tree which hung out over the river, it showed the utmost focus on finding a meal and never noticed me. Further on along the river bank I saw another bittern perched on a tree branch watching for a flash in the water which might signal a meal.  What a privilege it is to observe these birds of the mud flats and mangroves. Mangrove bitterns are generally sedentary and nest in the forks of mangroves and swamp trees. They build large platforms of sticks lined with twigs and lay their eggs in these nest at the start of spring. 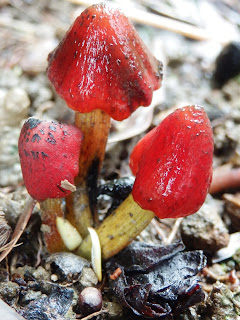 The cool damp weather is ideal for fungi growth and I found this spectacular red fungi under a grove of Melaleuca leucadendra. A wide variety of fungi grows in the wet tropics and once they were a major food source for Aboriginal people. It is not surprising as fungi is a popular food of many cultures. However, the extensive knowledge that Aboriginal people had of edible rain forest fungi has all but disappeared. Perhaps one day someone may examine these species and find a new culinary delight. Meanwhile, it is wise not to taste any unknown fungi as many of them are toxic.

Cassowaries also eat fungi and I have observed them greedily striping bracket fungi from tree trunks. Cassowaries are omnivores and while their main diet is fruit as well as fungi they eat carrion, mice and the eggs of ground birds. 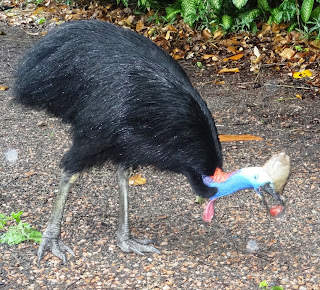 Strong, squally gales have shaken a lot of fruits from the Johnstone River Almond trees and 'Snout' is having no trouble in finding a feed. With his feathers heavy with rain water  he does not hesitate as he  picks up the large almond fruits and with a quick toss throws them to the back of his throat and swallows. 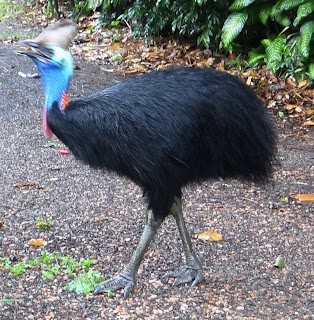 It is quite comical to watch the shape of the fruit travel down inside his long blue throat. 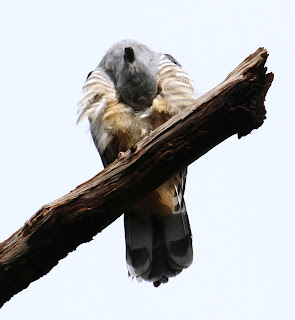 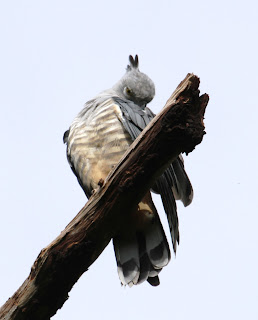 Wet weather is a problem for most feathered creatures. As soon as the sky clears for a few minutes the birds start to preen their feathers. Crested hawk is particularly fastidious and I can sit for hours watching him tend to every feather shaking them dry with his beak before combing and pressing them in place. 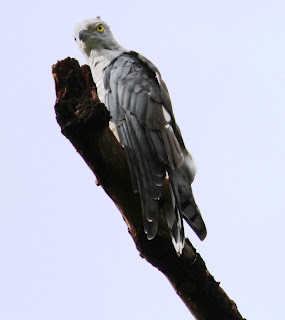 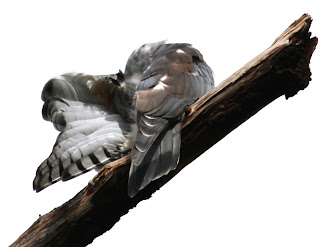 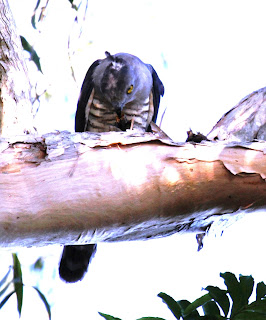 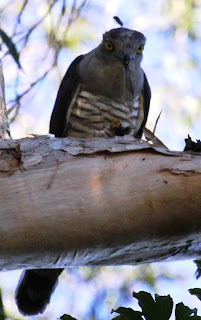 With every feather dry and groomed crested hawk scans the rain forest canopy for breakfast. He doesn't wait long and in one swoop into the leafy larder he emerges with a feed. Within a few minutes all that is left is a wing to discard. 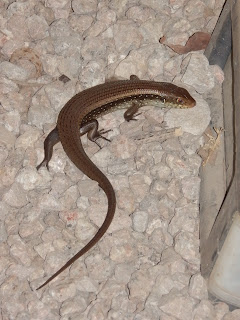 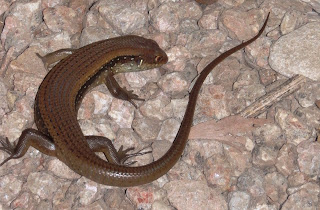 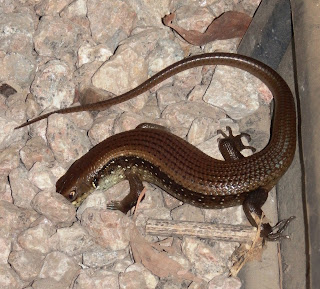 Major skink has been acting rather peculiarly she has been turning rocks over and over until she has gathered a little pile in a corner. She works busily at this for half an hour or so then disappears. The next day she rearranges rocks in another place. I have no idea what she is trying to do. Is she searching for food under the rocks or gathering them to build a nest? 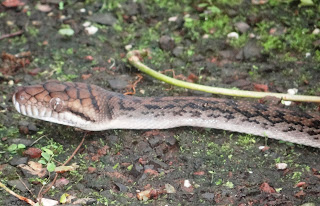 This is the first year in the nursery that I have not had any  damage to seedling stock from mice and rats. I have to thank Mr and Mrs Monty and Monica python which have managed to produce lots of offspring and we are finding them now occupying all the outbuildings on the property. one of these young Amethystine python now lives in the seedling shed and this week I saw it intensely observing something under the seed trays. He disappeared under the benches and a few minutes later I briefly heard a little squeak as he caught what sounded like a mouse. 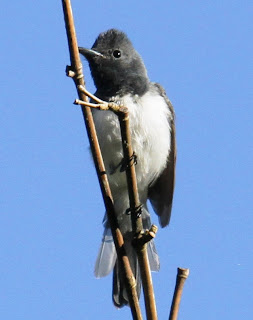 More male leaden flycatchers have arrived but I am yet to sight a female. The males are so cute and when they arrive they make displays of dominance. They spread their wings and show an erectile semi-crest then with quivering tails burst forth with a loud song, I assume to stake out their territorial claim. 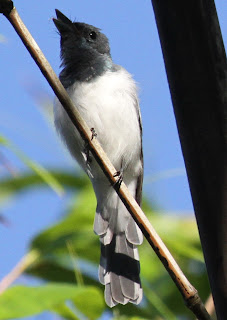 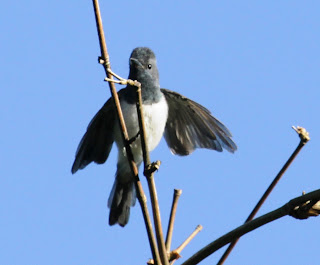 Goon night from Leaden flycatcher and me,
Yvonne C.