Summer has well and truly arrived and the few mils of rain have not been enough to crack the dusty soil surface. The creeks are running low and the rainforest is thirsty.

On Wednesday 5th frog ecologist Deborah Pergolotti www.fdrproject.org.au and Russell Constable http://ellabayforever.blogspot.com  and I got together to see what frogs were active at this dry time of the year. We planned to do a frog survey at Ella Bay. Ella Bay is on the northern side of the Johnstone River, north of Flying Fish Point and only two kilometres, as the crow flies, from Coquette Point. 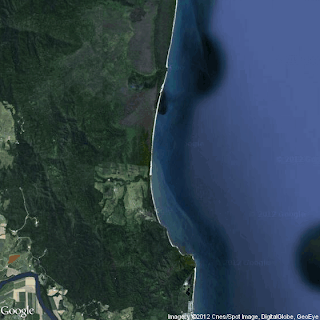 Ella Bay, as you may know is where a proposed mega development of a gated community, integrated with three tourist resorts precincts, is planned to be built. The development proposal is for a self contained community with shopping village, golf course, activity centre and so on. It is planned to house some 5000 'demographically mega-rich' and provide for up to 2000 'up market' tourists.  All this in 470 hectares of , unused agricultural land, which sits as an island surrounded by World Heritage estates: adjoining on three sides with World Heritage Wet Tropics and fronting Ella Bay which is part of the World Heritage Great Barrier Reef.

We drove down the narrow, unsealed road which runs through dense, littoral rainforest. 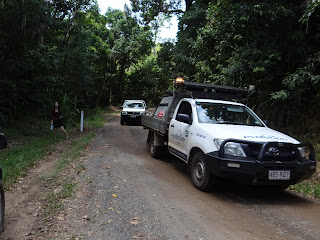 At times the road dips down to run behind the beach dune-line before diving into the rainforest to avoid a gully and then back close to the beach. Numerous rainforest streams run under the road and it was these streams we intended to explore during the night.
This time we had been given permission to walk through the gate in order to access the beach. 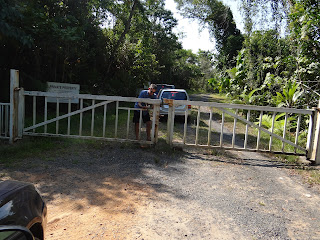 On the 20 November 2012 I was locked out of Ella Bay after I had been first invited to join an ABC  camera team who were doing a story on Ella Bay. However, Ella Bay Pty Ltd would not let me enter the property. The photo above shows the gate locked in front of me.
With verbal permission to hand we walked down onto the beach and immediately saw cassowary footprints in the sand. 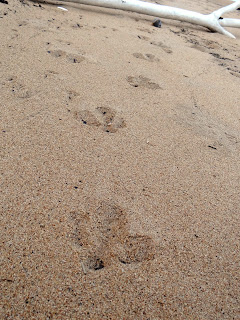 Cassowaries favour a mosaic of forest types including mangroves and beaches. At Coquette Point I have often seen cassowaries fishing for soldier crabs on the beach. 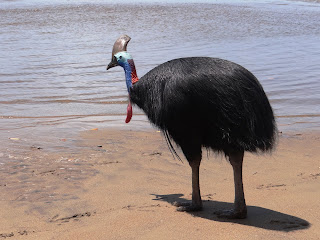 We saw numerous cassowary footprints on
the beach at Ella Bay, evidence of the large population, over 15, of these birds in this area.
Only yesterday I was sent a video of three new chicks born to one of the Ella Bay/ Seymour Range cassowaries. 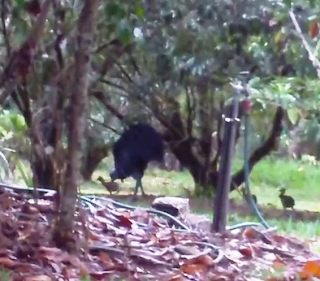 Deb sung out when she found the shell of a turtle egg. Turtles come up onto the beach at Ella Bay
and build their nests in the dune-line behind 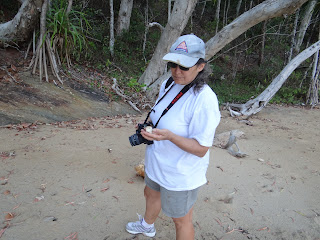 the beach. Paperbark and casuarina trees stretch their shady, gnarled branches over the beach,
an idyllic environment for turtles. 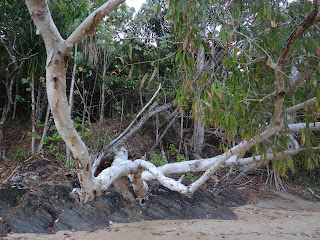 A high pitched buzz filled the air and we went in search of its source. We found a green whizzer cicada announcing his presence to any females in the area. 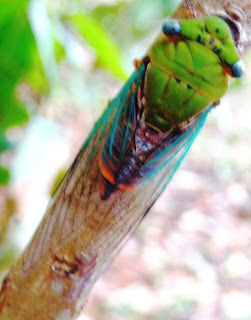 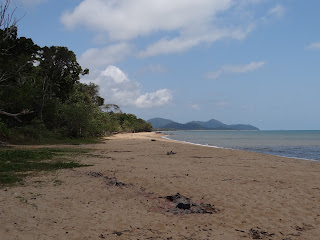 As we walked we looked out into the bay
aboriginal elder Nellie Epong told me to look for the Indo-Pacific humpback dolphins as they used the protected waters of Ella Bay as a nursery and she told me you can often see the parents, in the bay, coxing the young dolphins. Unfortunately they were nowhere to be seen on Wednesday. 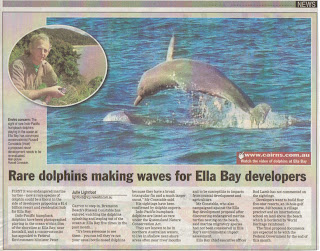 As the sun set across the bay we walked back under the tall littoral forest which runs behind the beach. We heard and saw spectacled flying-foxes and Deb was sure she heard the rare and threatened ghost bat. Certainly there was a lot of activity as the bats moved in for a nights feasting. 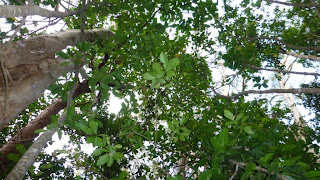 Russell was first to find saw-shelled turtles swimming in the rainforest stream. 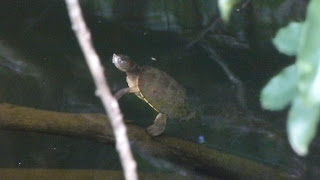 We decided to have dinner at the Flying Fish
Point shop: they are famous for their fish, chips and salad and they didn't let us down.
Dinner finished we returned to the rainforest and quickly ventured into the first little creek.
We walked about 500metres climbing under orb spider's amazing golden web which was stretched from one side of the creek to the other.
Russell, who was walking ahead called out 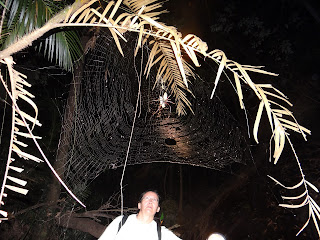 he had found a scorpion Liocheles sp., we waited while he photographed it. 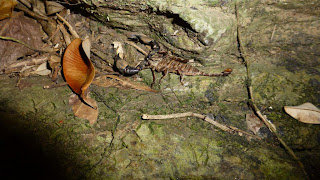 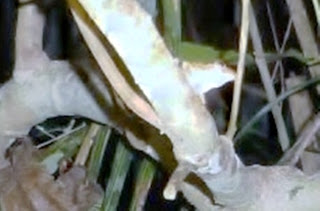 We heard and soon found the little
green-eyed tree frog Litoria serrata  and managed one photo before it jumped away.
We walked as far as we could and then ventured into the next stream.
Jungle perch swam around our gum boots 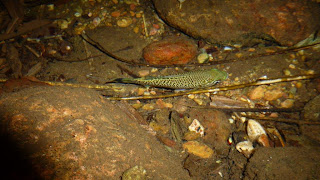 and sleeping on a rock we found the beautiful Morelia spilota cheynei, unperturbed by our presence.

The bright eyes of prawns and yabbies glowed in the light of the torches. These little streams were 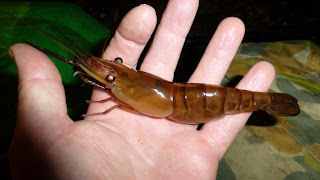 very productive and up stream of the road we found them still in their natural state.
Then all around us we heard the loud 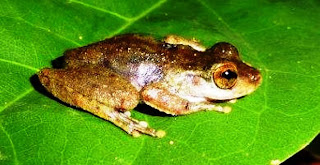 'wreek wreeks' of the endangered common mistfrog Litoria rheocola. Russell took a video of L. rhecocola and has posted it on http://www.youtube.com/watch?v=xEg7b6aZd5I
We had gone as far up stream as we could and turned to go back happy we had found L rheocola.
Approval of the Ella Bay development now rests with the federal environment minister the Hon Tony Burke. You can write to him directly or click on the link to http://ellabayforever.blogspot.com  and sign the petition to help protect Ella Bay. 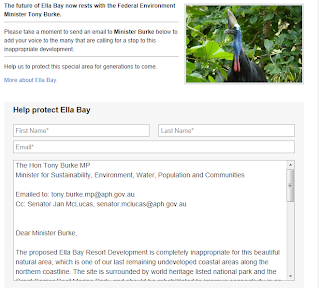 cheers for now,
Yvonne.
Posted by Unknown at 03:46